To recognize the central role that education plays in achieving the objectives of our society, the Federation's Governing Board established an award named for a leader in estuarine education, Dr. William A. Niering. The Award is for an individual who has played a particularly important role in education at any level -- from primary school to the graduate level, inside or out of the classroom, or in the education of the general public through outreach activities.

Dr. Katharyn Boyer, Professor of Biology at the Estuary & Ocean Science Center, San Francisco State University, has been a leader in student education in wetland and restoration ecology since 2004. Professional peers and students commented on her exemplary mentoring of young scientists who have taken her courses, and a commitment to fostering the development of historically-excluded students. Letters of support from past and current students repeated an overarching theme of Dr. Boyer’s support and dedication to her students. They describe her as “approachable,” “empathetic,” “inclusive,” and applaud her ability to “humanize science.” Students characterizing her kindness and ability to increase student confidence in their work aptly described it as “Kathy glow.” An example of Dr. Boyer’s major impact on students is her co-creation and directing of the Diving into Ecology and Evolution Program (DEEP)—a semester-long field immersion class first held in 2019 at the Hawaii Institute of Marine Biology and He‘eia National Estuarine Research Reserve—providing undergraduate students at her institution with hands-on experience and independent research in coastal habitats. Such programs, although demanding for the instructor, and in this case involving major fund-raising by Dr. Boyer for scholarships to promote inclusivity, can be transformative for students. It is also clear that Dr. Boyer has provided a welcoming and supportive environment for developing researchers. As a graduate student mentor, Dr. Boyer has an impressive record of graduating 22 master’s students, with seven more in progress; a majority of these students (24 of 29) are female.  Mentoring of these students has resulted in many publishing their work and obtaining successful employment in coastal management or going on to PhD programs. Dr. Boyer has also contributed to the graduate committees of more than 35 other students.

Read about the 2021 CERF Scientific Awards 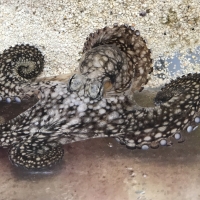 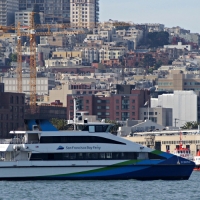