Alum who grew up undocumented returns to the Tenderloin with an M.D.

Photo Credit: "Tenderloin, San Francisco" by nick.amoscato is licensed under CC BY 2.0. 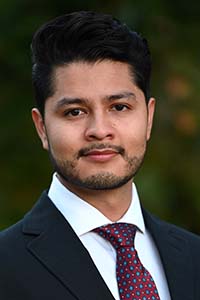 Edgar Velazquez says SF State helped him become a physician who could serve his community.

“I am proof mentoring works,” says Edgar Velazquez (B.S., ’16). “Mentors helped me go from being a dishwasher with no shot at medicine to graduation.”

Velazquez didn’t just earn another degree. He has a new title — Dr. Velazquez — that will allow him to fulfill a lifelong dream.

Velazquez graduated from University of California, Davis medical school June 2022. But it was at San Francisco State University that he first received the mentoring that transformed his life.

Velazquez immigrated from Mexico at the age of 14 and grew up as an undocumented immigrant in the Tenderloin neighborhood of San Francisco. With the help of Deferred Action for Childhood Arrivals (DACA), which helped protect him from deportation and allowed him to get a work permit, Velazquez is now coming back to San Francisco for the next step of his career. With his fresh medical degree in hand, he’ll start a residency at the University of California, San Francisco (UCSF), where he’ll be splitting his time between UCSF Moffitt, Zuckerberg General Hospital and Richard H. Fine’s People’s Clinic. It’s a dream that’s been nearly 15 years in the making.

Why become a doctor? Because he remembers being an undocumented high schooler who couldn’t get timely physicals to play soccer. When his mom had breast cancer, she was more concerned about whether or not she could afford treatment.

“And I think that should not be in any patients’ minds, particularly for a correct cancer diagnosis. You should not have to worry about your kid not being able to get a physical for soccer because you can’t afford it,” he said.

Velazquez always had an affinity for STEM, he explains. In high school, he did a summer research internship at UCSF. He’d see people sleeping outside of his building as he rode the bus from the Tenderloin to UCSF. Although he loved working with cells in the lab, the disconnect between the research and people in his community bothered him. This sparked the passion to tackle health disparities through science that still drives him today.

Velazquez enrolled in SF State in 2009 (before DACA was established). Although he had various acceptance offers and scholarships, most did not cover his needs. Being undocumented, he had limited options and had to work washing dishes to afford school.

“I’m the first one in my family to graduate from college and also the first doctor in the family,” Velazquez said. “It was daunting but I had a lot of help.”

He came to SF State because his high school had a connection to the University’s Step to College Program and he also participated in the Metro College Success Program. Both programs helped Velazquez navigate course enrollment, career resources, tutoring and more. College was anything but smooth sailing, however: He started off in remedial English and repeatedly failed entry-level chemistry. After speaking to an advisor who did not fully understand the challenges of being undocumented, he independently began looking for a Latino Ph.D. at SF State. The search led him to SF State Professor of Biology Leticia Márquez-Magaña, someone he still considers a mentor.

“It felt so great to find a faculty member that understands where you come from, what you’ve been through, what you’re going through and where you want to go,” he explained.  He didn’t join her lab at this time but kept in touch with her throughout the years, sharing his academic and career goals.

Then Velazquez took off a year from school. He ran out of money and with his mother’s breast cancer to contend with, he decided it was best for him to step away from his studies. His return to SF State coincided with the implementation of DACA, opening up more options. A professor invited him to be an undergraduate student instructor in Science Supplemental Instruction (SI), but since it was only a part-time gig, he continued to wash dishes at night.

After graduation, Velazquez joined Márquez-Magaña’s lab as it was transitioning to do more health disparities research — exactly the type of work he was itching to do. He did a post-baccalaureate with SF BUILD, a program Márquez-Magaña was leading. He participated in a community-based project called PASITO that assessed the impact of exercise and nature on stress management on underrepresented communities.

As a physician and as a researcher, Velazquez emphasized that community-based participatory research leads to better science. The community is involved in every stage of the project: from asking the questions, experimental design and data analysis.

“It leads to better and more rigorous research because [community members] are the experts on their community. They bring their insights and their lived experiences into research questions that are relevant to their everyday lives,” he added.

His goal is to set up a clinic in the Tenderloin where he’s a primary care physician and researcher. He also wants to develop a group that incorporates community-based participatory research, trains and educates students, tackles health disparities and more. Thinking about all that he wants to do, he muses that it’s time he gives his old mentor a call. “She always gives me the right answer,” he joked. But he notes that he is where he is because of Márquez-Magaña and all of his mentors.

“I mean, I’m obviously the vessel for the story, but there’s so many other students that I know that have also been successful because of those [SF State] programs. They were a huge part of who I am now, where I am now,” he said. 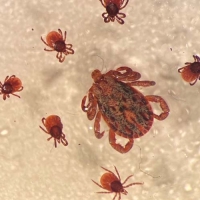 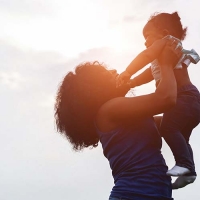 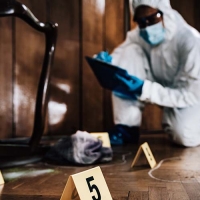 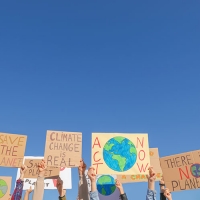 Monday through Thursday 8am - 5pm
Friday 9am - 5pm